People need guidance in developing a new Sinterklaas tradition.
But… be careful… Because trust comes on foot, but leaves on horseback.

UP HERE & DOWN THERE

“Easy for you to say, Pete. Down there. I’m sitting up here. Dressed all in red. As an easy target. For some stupid Lee Harvey Oswald.
*Sinterklaas! Why would anyone want to shoot yóú?
“Because I’m the boss.
*But… everybody loves Sinterklaas, Sinterklaas. You bring’m the presents. For more than 30 euro’s per piece this year. You spend for over a billion on the people of Holland.
“Yes, but not on everyone. If you have no friends or family, then you get nothing.
*Come on, Sinterklaas. There are no lone wolves with a gun in Holland. And, by the way, íf he shoots, he will probably aim at the cross. On your miter. Keep waving to the children. Hello!

“Now you’re even joking about it! While I’m scared.
*Well. You wanted to sit on the horse, Sinterklaas. You wanted it from the start. Holding the reins.
“Now that’s not fair. You could have been me.
*Oh, no! Never!
“Why not?
*Because I’m black. Well, I was black, anyway. Ever since 1850. Pitchblack. An under aged Moor from Africa
“But those days are over, Pete.
*Oh no, Sinterklaas, they’re not. Because I’m still Black Pete, walking down here. And you are white, sitting up there. Keep waving to the children. Hello!
.

DID YOU REALLY CARE?

“But I never really wanted it. They made me do it.
*And you were OK with it, now weren’t you, Sinterklaas?
“What do you mean?
*Well your life has been a lot easier than mine, isn’t it? Over the years. Shaking hands with the higher authorities. While I get dirty by delivering the presents through the chimneys.
“Come on now, Pete. Don’t be old fashioned. We both know that DHL takes more and more care of the packages.

*You heard me, Sinterklaas. You heard me.
“But you can’t expect me to go down the chimney, Pete. In these velvet clothes. With this beard and miter. And where do I leave my staff?
*Well, as you said, you’re the boss. You could have said “no” to the tradition, every once and a while.
“When?
*O, For sure since the new millennium. Trade places with me, every other year. Keep waving to the children. Hello!

A TRADITION OF SLAVERY

“Don’t be ridiculous, Pete. You can not break a tradition just like that.
*No, not just like that. But you never even worked on it for one minute.
“Now how can I do that, Pete. The children expect me to be up here. Sitting on the horse. Holding the reins. Being serious and strict. Writing the Sinterklaas poems. And you down there. Walking by the horse. Doing the silly stuff. And wrapping and delivering the presents.
*Those four year olds, Sinterklaas? They only expect what their parents tell them to expect. As adults.
“Don’t you have a good life, Pete, right now? People become dissatisfied so quickly nowadays. Yes, I keep waving…

DO YOU REALLY CARE?

*My point is, Sinterklaas, that you never offered me even once to take your place for a year. Or even for one day. You never took any initiative in changing things.
“Well, I’m too old for that now. Look how far we have to walk. And my feet are killing me already. With these shoes.
*Well… I wouldn’t mind wearing your shoes for a day.
*And, by the way, you were an old bishop from the start. I’m the one with an age issue here.
“What are you talking about?
*Well. I’m supposed to be a 12 year old, Illiterate stable boy, remember. A minor. And look at me. I’m an adult professional horse trainer, Sinterklaas. 32. Waving at little kids. And probably most of the time I even have boobs. Keep waving Sinterklaas. Hello!

A GUIDE TO A NEW TRADITION

“Ho, the sirens again. Even closer now.
*Sinterklaas, you know those police sirens have to do with me. With the Battle of Black Pete. With my black skin.
“I know it’s about the slavery. The human rights. But I thought this was settled last year. Look around. I see green Petes. yellow and blue Petes. Even white Petes.
*No, Sinterklaas. It is not settled yet. In fact The Battle of Black Pete is getting worse. Both sides get more and more aggressive. And you know why, Sinterklaas? Because of this leadership issue we have today, in The Netherlands.
“You don’t even trust Prime Minister Mark Rutte? Or the King?
*Sinterklaas, why should we? With all the exposed lies and deceptions? Yes, keep waving now. Hello!

A GUIDE TO A NEW TRADITION (2)

“But The Prime Minister must have said something to calm down the fighters?
*Well, Mark Rutte says that the people of Holland must work this out together. Amsterdam already abolished Black Pete. So the rest of The Netherlands must be able to do that too. But rest of Holland is not like Amsterdam.
“And what about the King? Or Máxima?
*No. Not a word. Nothing.
“But everybody lóves Máxima. I’m sure everybody listens to her!
*Well, why don’t you say something about it, Sinterklaas? To calm down the fighters. And to guide us into a new, modern Sinterklaas-tradition.

“Me?! Are you serious, Pete? Why me?
*Well, you said it yourself, Sinterklaas: because you’re the boss. And I say: everybody loves you.
“So you want Sinterklaas to start a new Sinterklaas-tradition, Pete?
*I do. But…, there is a “but”.
“Of course! Talking with you, there’s always a “but”…
*You have to come down from the horse, Sinterklaas.
“Because?
*Because: trust comes on foot but leaves on horseback.
“So that means I have to walk too. Just like you.
*Yes Sinterklaas. Just like the rest of all of us. Keep waving to the children. Hello!

AND THE WINNER IS… – Voice Of Holland Commercial Top 10 – part 1 (talk about embedded commercials)  https://holland51up.com/media/voice-1/ 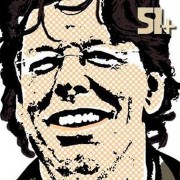 With Product You Purchase

Not even a free-will to tackle Ronaldo?

6 thoughts on “A Dutch battle of Black-Pete”